*I SPENT THE LAST HOUR TRYING TO POST THIS.  I’M LATE BUT NOT THAT LATE.  D*MNED WORDPRESS WAS NOT WORKING IN CHROME AT ALL.  FINALLY BROUGHT UP ANOTHER BROWSER. GRRR. SAH*

*FIRST AND VERY IMPORTANTLY, THIS IS NOT CANON.  THIS IS COMPLETELY UNSANCTIONED (okay, not completely.  Larry said I could do this for you guys without his ripping my head off) MHI FANFIC.
Good, now that we got that out of the way, why am I doing this?  Both Grant and Fado Negro (Portuguese Monster Hunters) have minuscule parts in Guardian, the MHI book I’m collaborating with Larry Correia on.  However, obviously the Portugal of Monster Hunter is not the real Portugal (Really, no arcane creatures come stumbling out of the undergrowth there.  If there were arcane creatures, the country would be chock-a-block in them, when you take in account the continuous human occupation since… well, forever.)  And this story gives me more of an opportunity to firm the worldbuilding.  (Yes, it would be MUCH easier to do this with a notebook and noting things down, but that’s not how my mind works, d*mn it.)
Okay, that’s the rational excuse.  The real reason is that d*mn Grant Jefferson won’t leave me alone.  (Always had a thing for men from Patrician New England families.  Ask my husband.)  So I’m torturing him.  Also Guardian won’t come out until I do this more or less at same time (I’ll be sending first chapter of that to Larry soon.)
Will this ever be a book?  Don’t know.  First Guardian will get delivered.  Then, this being finished, I throw it at Larry.  And then it’s his SOLE DECISION. (Which means, don’t you monkeys hassle him.)  It’s his world and his character.  I’m just grateful he lets me play in it in Guardian and here for your amusement.*

The hotel I’d booked, down near the river, in what used to be the medieval part of the city, came highly recommended, and was supposed to be actually a set of mini-apartments, kind of like a more ritzy embassy suites.

The area itself was beautiful.  Narrow streets flanked by housefronts that ended about one inch from the street and that linked to their neighbors on either side.  Only the different colors, and the entire area was painted in bright, primary colors, told you where a house ended and the next one began.  Some of the windows were surrounded by carved stone work that in the States would be locked up in some museum.

But it wasn’t all sculpture and high class.

Part of what I was getting used in the country is that they did just about everything in less space.  It reminded me of when my parents took me to Japan on vacation when I was ten.  The lobby of the hotel was appropriately grandiose, furnished with bits and pieces of antique or antique-looking furniture and ornamented with bits and pieces of masonry probably salvaged from the neighborhood during renovations.  From what I’d gathered online this area, though now one of the primary attractions of the region, had once been decayed and scabrous, the haunt of prostitutes, pimps, pickpockets and any other unsavory type of person, whether their occupation started with p or not. There were interesting scraps that looked like parts hacked off Roman columns, and other interesting shards that looked like they might have been medieval and roughly carved.

I noticed particularly part of a woman’s face hanging on the wall.  It was the face of a statue that must be at least as old as Rome, and had once been creamy marble, but which was now stained and blotched with age, with something green growing on the corner of the mouth, giving her smile a wicked twist.  It seemed to me that the carved eye — only one remained, since the salvaged portion was little more than a quarter of the face — followed me up to the registration, as the line wound its slow way forward.

All through this, my phone — a blackberry because Monster Control Bureau was not the most up to date thing in nature — kept trembling with arriving texts.  I ignored them, having decided that I’d save all the unpleasantness Franks could rain on me all at once instead of piecemeal.

I had no idea at all what was going on in Portugal that Franks wished he could evacuate all American citizens from the country.  And all I could think is that it was a hell of a time for Julie to be here.  And she certainly shouldn’t be here on her own.  I intended to make sure she got through this in one piece, if it was the last thing I did.  It very well might be.

Check in was handed by a sharp-faced young man who looked at me critically from behind his glasses, visibly wondering if I belonged in this high class hotel.  I could only imagine what I looked like, not only having been batted around by the troll things, but having lain who knew how long on the — probably mossy – floor of a medieval cell, and then to boot having had water thrown over my head.  I felt my cheeks color under the man’s dubious appraisal, but fortunately Amex platinum covers a multitude of sins.  Once that came out it was all smiles, and eagerness to accommodate me. American Express, no explanation necessary.

I asked for two keys, mostly because I’d been in Europe before and was on to their little trick of not letting you run the air conditioning or heating unless the key was inserted into the unit.  I had no intention of freezing or baking — I wasn’t sure which one was more likely in June in Portugal, and it could be either, depending on the time of the day — because the room’s systems couldn’t function unless I was in them.

After another short wait for the elevator, and a creaky trip up — the place was modernized but the structure itself was probably eighteenth century — I found myself in a long hallway with marble floors and tasteful imitation-roman frescoes on the wall.  I had to admit that the Europeans did opulence better.  When Americans try it there’s always a chintzy look to it and the sort of Caesar’s palace in Las Vegas feel of “come on, rube.”

I slipped my key into the door.  It opened.  And I started to apologize, feeling vaguely embarrassed but also irritated.  It wasn’t the first time this happened to me, but it only happened to me in Europe.  I had been given an already-occupied room.

She was beautiful and half naked. Olive skinned, almost as tall as myself, with long black hair, and luscious skin.  She seemed to be wrapped in a towel, and as I opened the door she turned to look at me over her shoulder.

That’s all I had time for.  I had an impression of almond-shaped, mysterious-looking eyes, and a red mouth.

And then she was on me.  At first, as she put her arms around me, I thought it was just that the hotel had prostitutes, and she’d got into the room and was waiting for me, after perhaps a discrete call mentioning a platinum amex.

But as she wrapped herself around me, right there at the door, and I tried to step back, it felt not like I was being held by a luscious half naked female, but more by a–

I flung myself sideways.  I couldn’t fully escape her coils, but it was enough that her attempt to tear my throat open was thwarted.  I felt a sharp pain behind my left ear but I didn’t have time to deal with that right then.  I had an up-close-and-personal view of a beautiful girl’s face, her mouth impossibly open, revealing needle-sharp fangs. She looked like the marble piece in the hall.

I lifted my hand, that held my suitcase, and slammed her face with it.

Through my head, like a narration, went the lecture on lamias I’d got while training as a federal agent.  MHI hadn’t bothered with them overly much because Lamias aren’t an American problem.

I remember being bored out of my head while the instructor droned, “Lamias are the Roman version of vampires.  Beautiful women from the waist up, they’re snakes from the waist down.  They hang out in cemeteries, though they’ve also been reported in any place where a lot of Romans died violently.  They often attack tourists visiting Rome.”

Well I wasn’t in Rome, but I didn’t particularly care.  She was still a woman from the waist up and a cobra from the way down, and if she was only a lamia’s second cousin, I couldn’t care less.

I banged my suitcase over her head hard enough to get her to let go of me, stumbled back and looked around wildly for anything I could use as a stake.  I hadn’t heard any of the lecture see?  Mostly because I was bored and thought that I’d never run into a lamia.  Which just showed you what an idiot I was.

I assumed stakes would work. But there were no stakes in the room.  None.

It slithered towards me, somehow remaining upright, but undulating with the kind of movement that no bipedal ever had.  I tried to get back to the door, but she was in my way. I had a glock and silver ammunition in my checked luggage.  But there was no way, no way in hell I could get to it.

One thing they teach you in monster hunting, both MHI and federal is that there are no such things as dangerous weapons.  There are only dangerous people.  And they’d taught us to be dangerous.

I grabbed the floor lamp, wielded it like a lance.

Blood poured out of her, soaking the carpet. Damn it, that was going to put a dent on the Amex.  She fell down writhing.  And my phone was ringing continuously.

I got it out of my pocket.  I could barely speak through panting as I said, “Yes, Agent Franks, sir, if you’ll excuse me, I was just killing a Lamia.”

“What?” A feminine voice said from the other side of the connection.

I didn’t say anything.  I flung the phone down. Out the corner of my eye, I’d seen the lamia regenerate, and come towards me.

I jumped behind a huge armchair.  I despise the self-healing ones.

*Sorry this was so late.  The best I can describe today is like this: 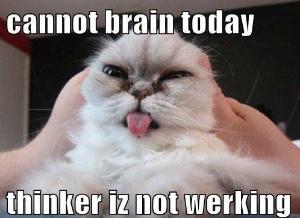