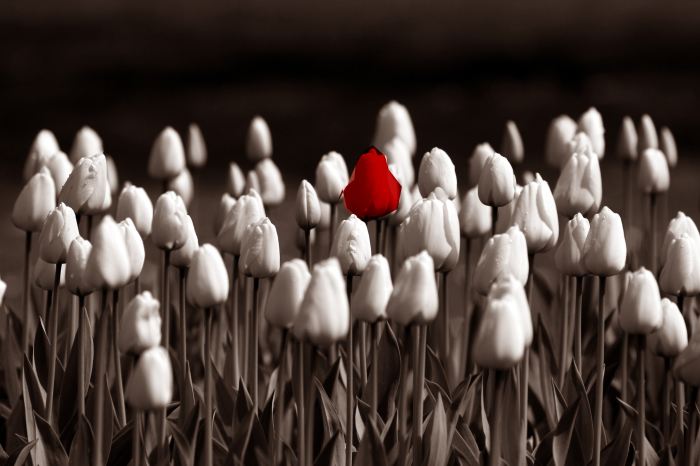 Humans are built on a great Ape frame.  Whether you believe a creator fashioned us from the all-too-lumpy clay of reality, infusing us with a bit of His self; whether you believe we climbed, wrung by wrung [intentional] from the frame of great apes, figured out our own mortality and were so scared we invented consciousness to while away the knowledge, the underlying framework to that voice behind the ears is a great ape.

The form imposes certain limitations.  One of them is that great apes are social creatures.  Creatures of the band.  If you throw a baby ape out in the wilderness it will die, not only because it doesn’t have protection, but because it doesn’t have a band.  We need contact and whatever our version of social grooming is.  For many of us, at least in the more intellectual professions, our social grooming is words.

We meet, we talk, we make fun of shared dislikes, we reinforce our likes.  You can observe it in yourself, whenever you connect to one of your groups.  Say you go to a family reunion.  You make fun of aunt Minnie’s fruitcake, you laugh reminiscently at that one time you guys broke Uncle Joe’s apple tree, then tied it together, so the branch would heal attached and painted the rope with your acrylics so it matched the tree trunk.  (Okay, so maybe you don’t do the later.  Yes, my best friend and I did that to her father’s prized apple tree.  It worked.  He didn’t see it.  He didn’t notice the rope until years later.  By then we were both married and moved away, so we never removed the rope, and the rope made an indentation on the tree trunk and the branch. Years later, when I visited, he was cutting the rope off and muttering about some idiot having tied this rope around the tree.  But the branch had healed on, so meh.  And no, I never confessed.)

You both know you dislike aunt Minnie’s fruitcake, you both feel both guilty and amused about the apple tree incident.  It’s a shared bonding.  It’s things that don’t need to be said.  It’s social grooming.

If anything humans are more dependent on this than great apes.  So many of the things that make us stick out and make us part of a group don’t happen in isolation like speaking and walking upright.

It’s important for us to remember this right now.  It’s important for us to remember that many of us “on the right”, (by which I really mean most of us who oppose the progressivism project, even if on any sane axis some of our beliefs are objectively way to the left of the progressives”), have for whatever reason stood outside or been cast from the primate band. So it’s easier for us to oppose a collective narrative, the same way that it’s easier for someone who’s lost a leg to lose the other.  We’ve been there before.  We know the shock and the horror, but we know there’s healing at the end.  We can endure it.  We see the other end of this.

And in a way we have our own tribe online.  Yeah, Odds.  People who stick out, odd square pegs sitting on top of round holes.  We know each other.  We find comfort in each other.

On the face of it this made no sense.  I’m not gay.  I’m not a psychiatrist.  I am an artist, sort of, but writing always sits very strangely in the arts, and besides I’m not in the least bit what we consider “artsy.”

My link to all these was that these were people that the left claims for whatever reason, but they’d stood aside from the group and shouted, “not me.”  They were self-dyeing pink monkeys facing down all the brown ones, and sometimes mooning them.  I’d found my tribe, and I belonged, which is why the blogs helped so much.

The thing to understand as you face your leftist friends, people you otherwise thought were sane and even intelligent, is that this is all that’s making them go along to get along: they can’t leave the band.  It’s their band.  They love their band. They’re the NORMAL ones.

I think you needed to be fairly crazy, fairly broken — unless you came from a very strongly conservative family with a very charismatic atmosphere — to become a conservative before the internet, to start doubting the consensus of the band, transmitted by the MSM, by education and by the arts, even, all of which had been taken over by the enemy (the current ethos in these fields is directly traceable to Soviet Agit Prop) and weaponized against us.  These fields propagandize our society with the same techniques and fervor used in WWI propaganda.  Not many people dared stand aside from that, and not many dare stand aside of examine this.  The fact that we’re being propagandized against our own society, our own homeland is causing various weird psychological effects and pathologies all over society, but the propaganda is still hard to resist.  We are animals of the band.  Leaving the band is encoded at the back of our minds as death.

Which is why those of us who left the consensus, even before blogs, (which can now slowly chip away at the consensus now, and introduce doubt) were already fractured, broken, or had had the sort of experience that sets one apart from the band.

You know mine. I voluntarily left everything I knew and the society of my birth, WITH THE INTENT OF NEVER RETURNING, and voluntarily acculturated to a very different culture.  On purpose.  With intent and malice.

Okay, to do that, I was already fairly odd.  Maybe it’s the shocks and countershocks of the seventies, the “decade of the revolutions” in Portugal.  Maybe it all goes back further than that, to being a little girl with severe eczema all around her eyes and mouth and neck, which looked like third degree burns until she was eleven or twelve.  My son tells me that such eczema and the recoil it causes in normal humans leaves psychological scars, back from one was too young to even talk. (I’ve always wondered if it’s responsible for my shaky relationship with my mother, a woman who is devoted to beauty by profession, as well as everything else.  The recoil is instinctive.  it can’t be helped.  I myself have issues for instance when the cats become old and ghastly looking.  I control it, but I can’t stop feeling the recoil. )  Judging by how much my social life improved once the eczema went into remission (for about 15 years) I’d say he might be right. Without the eczema I might have been at the cool-girls table.  Eh.

At any rate, those of us who became conservative, or worse, Libertarian (a less well known option) were already pink monkeys, standing outside the band, used to defending ourselves.

You have to remember this when you look at your friends and relatives who are still within what still appears to them to be the consensus.  They’ve never questioned.  They never stood outside the band.  They might have twinges and fears, as the MSM drives them down the path to complete insanity, with their (now) wholly baseless lies. But these are the voices of the group, the voices they always trusted.  They can’t step away.  It’s not a thing of reason, not a thing of logic.  It’s a thing of the ape, of the back brain. You can’t argue with it.  And if you manage to break with it, it feels like dying or going insane.

Note, I’m not saying that we should stop sticking to the truth or arguing with those friends of ours (yeah, I still have some) who are leftists and going along with all this nonsense, and self-panicking into unspeakable acts and words.

No. The truth is the truth and ignoring it, as our friends, our institutions, to an extent our (particularly the leftward) politicians have is DANGEROUS.  The gods of the copybook headings eventually come back to bite your ass.  It is important that the man with one eye in the land of the blind keeps sounding the tocsin and telling everyone the meteor they can’t see is coming and we need to change our ways and protect ourselves.

There have always been people like this throughout history.  Usually they get killed.  Fortunately we’re Americans.

Until the sheer dominance of mass Media America was always more fractured than the rest of the world.  We still are.  We’re more… eccentric.  What appealed to me FIRST about the US when I came here is that you didn’t have to wear CURRENT fashion on penalty of being laughed at, you could make silly jokes, etc.

A friend this morning told me that the American system is unique in generating our own “barbarians.”  Right now the city is rotting, the walls crumbling.  Marxism is non-functional, and we’re the barbarians outside the wall, but we’re barbarians armed with the original American values, a respect for the individual and a principle of equality under the law.  It’s a lovely thing.  If we succeed there will be a renewal.

But don’t think too badly about your friends who can’t see outside the band.  They’ve been indoctrinated by the system, they trust the voices telling them craziness, and at the back of their mind is the fear that leaving the band is dying.

Now, mind you, I am afraid their trajectory and ours means there will be blood.  I won’t elaborate on that.  You know it.

But I’m a believing woman, and what I’m praying for is that something happens, something like the miracle that allowed the Soviet Union to fall without a nuclear exchange.

Most of all, though, don’t judge your friends and relatives on the other side too harshly.  They’ve not become monsters or evil.  They are simply acting according to the back brain, the imperatives of instinct.

It is that back brain that allows madness to overtake the crowds, like the craze for black tulips.  It doesn’t mean people who went all in for black tulips were suddenly stupid or crazy.  It was just the will to belong pushing them.

If you’re a believing person, pray very hard the craze breaks before it comes to blood.

But even while they anger you or annoy you, judge your lefty friends and relatives carefully.  They can’t help it.  We’re all just great apes.  And they’re not as broken as we are.  They’re still the same people they ever were.  Attack their ideas, but forgive them.