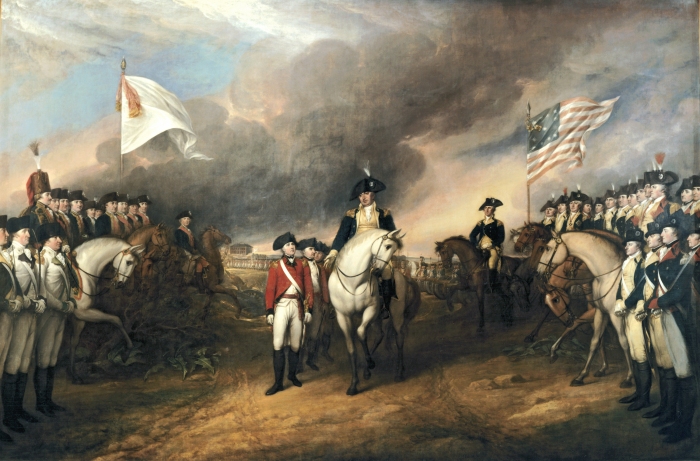 Forget the NYT — pretty much always, really. They’ve become purveyors of bad, bad fiction — and their project to prove America is the most racist nation evah!

That kind of idiocy will only convince the feeble minded. (Of course none of us knows how many are feeble minded. After all the data is vitiated all the way down by people repeating nonsense to virtue-signal and vote fraud… never mind.)

Sure, there was slavery in America in the seventeenth century.  Bad news guys. There was slavery everywhere in the seventeenth century, pretty much.  And it is a failure of the American education system that most people assume that all slaves were black.  First of all, it depended where the slavery was.  Also, if you think slavery in the US was the worst thing ever, (which btw, is the new modified, limited hangout when you call them on their idiocy) you probably are ignorant of conditions in the rest of the world at that time, period.  Hell, it might have been better to be a slave in America at the time than to be a serf in France.  Alma mentions what we can infer about conditions for slaves in the rest of the world.

And no, guys, no. Slavery in Africa wasn’t kinder and gentler just because everyone was the same color. To begin with, the chances are really high that people didn’t consider themselves the same race, no matter what the similarities in coloring or even facial structure. In tribal societies, small differences become really exaggerated. But beyond that, if you study that time period in Africa well… The Dahomey liked sacrificing slaves over the tombs of their kinds. The ones they sold to the west were the lucky ones.

Which brings us, not only to “why the NYT are so stupid that they can only guess their own names two times out of three” but to how they consistently get things upside down.

As in, they get what makes the US different not just completely wrong, but inversely wrong.

It’s not that there was slavery in the US. There was slavery everywhere. It’s not that there was rampant racism in the US. There was rampant racism and tribalism everywhere.  And it certainly is not that there are some remains of racism in the US. The NYT writers, being provincial and stupid, might believe that there is more racism in the US than there is anywhere else in the world. That’s because the US tends to judge itself against the ideal, and our media and public life is a continuous critique of ourselves versus the ideal (which doesn’t exist) non-racist non-sexist etc society.  While Europe and the rest of the world use press and public voices to make themselves look good. And these people are so provincial they don’t observe daily life when they go abroad. No, they stay in top of the line hotels and believe what people tell them.

No. What makes the US special is the way in which it came to be.

The US was a new nation, conceived in liberty.  No, seriously.  Let aside the slavery thing, let pass the ridiculous idea that this is why the US was formed.

The US at the time represented almost unending land, room to spread out, room to try new things.  This combined with the philosophies of the enlightenment (heavily leaning on Greece and Rome) and with the traditions of English law to create…  Something different.

The idea that men should be free. The idea that they are entitled by G-d to their life, liberty and the pursuit of happiness.  An idea so strange that no one had hit upon it. Not for the common man and woman on the streets.

But the real revolution is right there, at the core.  Right here:

We hold these truths to be self-evident, that all men are created equal, that they are endowed by their Creator with certain unalienable Rights, that among these are Life, Liberty and the pursuit of Happiness.–That to secure these rights, Governments are instituted among Men, deriving their just powers from the consent of the governed, –That whenever any Form of Government becomes destructive of these ends, it is the Right of the People to alter or to abolish it, and to institute new Government, laying its foundation on such principles and organizing its powers in such form, as to them shall seem most likely to effect their Safety and Happiness.

After tribal chiefs, after the divine right of kings, after centuries and millennia of might makes right and the governed belong to the rulers, here is the world turned upside down.

Within it, these words — these revolutionary, crazy words — contained the seeds of real justice, contained the fall of slavery, contained… we don’t know yet, but contained the possibility of a future we can build, a future that’s more equitable than all the past.

The left wants to revile and destroy our founding fathers in order to make themselves appear revolutionary and new, and innovative.

Ain’t never gonna do it biatches. Real revolutionary concepts are never going to be completely ignored again. You can’t put that genie back in the bottle.

Sure the founders were flawed and the result of a flawed system, the one before the revolution. That is no reason to erase them.

Yes, the founders were men who lived and died in a world full of slavery. But what they built had within it the end of slavery. All kinds of slavery.  It was a mental revolution. The kind that can’t be reset.

The revolution happened. And now in all the countries influenced by the US, slavery is abhorrent. The idea of representative government is at least waved at (though it’s often mostly the homage vice pays to virtue) and prejudice based on color or race or other irrelevant characteristics is considered bad.

Because of those ideas.  Those ideas codified up there.

It’s probably not true that they played The World Turned Upside down when the small, upstart colony defeated the greatest power in the world at the time. But they should have.

Because we were conceived in liberty and born in fire and blood.

And as long as anyone, anyone at all, believes in those revolutionary ideas, the world will never go back to one in which slavery is normal. Either the formalized slavery where a human belonged to another, or the slavery where it was assumed that of course people belonged to the state.

The world turned upside down.  We live in a highly abnormal state.  Where the left wants to take us is the “normal” world of the boot of the powerful on our necks. Only their powerful will talk about how they’re the powerless and speaking truth to power.

Only we won’t be fooled.

We remember.  Even if they succeed at erasing the idea this time, it will come back. Ideas are like that. They don’t die.  And this is a big, powerful idea.

The world turned upside down and we won’t let them turn it back.

Liberty and the Founders!

Ignore the disinformation. Carry the flag. As long as human life endures liberty will endure.

It is that powerful.

281 thoughts on “Conceived in Liberty; Born in Revolution”