*For those who want to know how I am. I’m …. managing. I still get moments of extreme grief out of nowhere.  But I’m trying to re-create A routine. Difficult as Marshall and I still have three rooms to floor, but– I’m trying.- SAH*

*Note these are books sent to us by readers/frequenters of this blog.  Our bringing them to your attention does not imply that we’ve read them and/or endorse them, unless we specifically say so.  As with all such purchases, we recommend you download a sample and make sure it’s to your taste.  If you wish to send us books for next week’s promo, please email to bookpimping at outlook dot com. If you feel a need to re-promo the same book do so no more than once every six months (unless you’re me or my relative. Deal.) One book per author per week. Amazon links only. Oh, yeah, by clicking through and buying (anything, actually) through one of the links below, you will at no cost to you be giving a portion of your purchase to support ATH through our associates number. I ALSO WISH TO REMIND OUR READERS THAT IF THEY WANT TO TIP THE BLOGGER WITHOUT SPENDING EXTRA MONEY, CLICKING TO AMAZON THROUGH ONE OF THE BOOK LINKS ON THE RIGHT, WILL GIVE US SOME AMOUNT OF MONEY FOR PURCHASES MADE IN THE NEXT 24HOURS, OR UNTIL YOU CLICK ANOTHER ASSOCIATE’S LINK. PLEASE CONSIDER CLICKING THROUGH ONE OF THOSE LINKS BEFORE SEARCHING FOR THAT SHED, BIG SCREEN TV, GAMING COMPUTER OR CONSERVATORY YOU WISH TO BUY. That helps defray my time cost of about 2 hours a day on the blog, time probably better spent on fiction. ;)*

FROM KARL K. GALLAGHER:  Storm Between the Stars: Book 1 in the Fall of the Censor.

Niko Landry and his crew thought a routine hyperspace survey would be easy money. But when the barrier separating their homeworld from the rest of the human race opens, they seize the chance to go exploring . . . finding an empire more dangerous than they imagined.

FROM MARY CATELLI:  The Princess Goes Into The Forest.

In the home of a wealthy but vanished family, four young people, inventorying the household, find the props for the family’s amateur theaterics. But a few minutes of donning them to play at roles has consequences that none of them could have guessed. One plays a subtle courtier, one a brave swordsman, one a powerful enchantress. . . and one takes up the role of a princess, and goes into a forest.

FROM L. A. GREGORY:  Stoneheart: A Novel of the Bitterlands.

A vicious attack. An enigmatic ore. Can two young mystics solve the mystery before chaos spreads?

Shale strives to protect his embattled city using his stoneshaping magic. But when he intercepts a plot which puts his beloved home in danger, all his knowledge and experience aren’t enough to uncover the truth. If he can’t find the source of the danger, everyone he cares about could die.

Kestrel believes in duty to family, friends and the natural world. When Shale asks for her help, she doesn’t hesitate to come to his aid. But as they follow the trail through perilous wilderness, can even her shapeshifting ability keep them alive?

Battling hostile environments and corrupted creatures, they forge their way to a fortress whose very stones can drive them mad. Can Shale and Kestrel stop a gathering calamity, or will the truth destroy their minds, their bodies and their land? 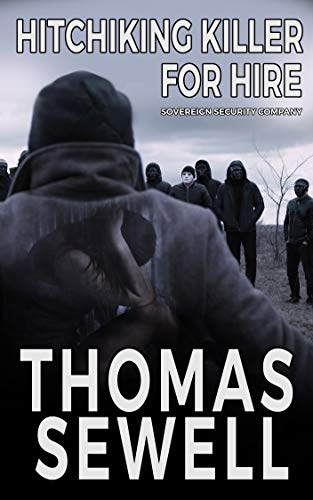 Sam Harper wants to relax on a beach and surf. Put government service behind him.

But a border gang and their corrupt government backers refuse to let him retire from violence that easily.

Betrayed by friends, Sam must find a new purpose fighting human trafficking, truck jacking, and protecting those in need along the Mexico-Arizona border.

Can he endure long enough to make that difference?
—
Prequel to Sharper Security. This story stands independently, but is set after the events in Techno Ranger and Covert Commando, so contains minor spoilers about characters and relationships in those books.

*While I’m sure that Mary sent me the vignette word as USUAL on Sunday last, my email has ways of hiding things in search. So, for today’s challenge, write the beginning of a story, or a story challenge on THIS picture. SAH*