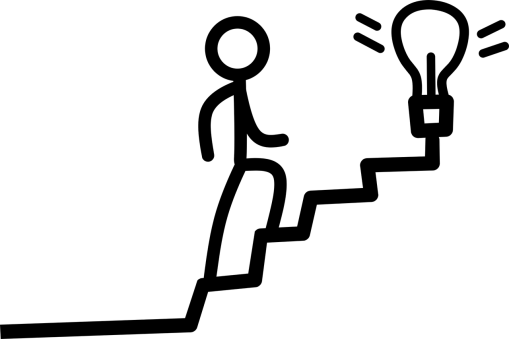 I woke up today filled with probably unwarranted optimism.

This happens so very rarely that I’ve come to believe it’s a gift of sorts.  And perhaps more.  You see, I’ve always had the embarrassing gift of “sensing” the future. I’m not laying claim to any paranormal ability with this, note. It’s just if you spend your evenings going over the news everywhere, and if your rational self is prone to pessimism (being rational and the nature of the world being what it is) at some point your subconscious takes over and starts communicating with you via hunches.

I loved the scene in Friday where the boss has Friday spend her time immersing herself into what we’d now call the internet, and then calls her in the middle of the night to ask her the answer to questions to which she should have no response, and she answers…. accurately.

My mind is a tug of war between lived experience — I’ve seen the movie of descent into (greater) socialist madness before — and my subconscious. When they both agree it’s a bad bad thing.

I still expect this fall to be tight, because too many things have been smashed with a hammer for it to be otherwise.  And that of course will put the election at risk of falling to the socialists.  On the other hand, my subconscious woke up singing.

Part of this is, I suppose, that I have cleaned out and tagged (and got rid of expired) emergency storage food, and found I have an extra, unopened #10 can of eggs, which, as those who’ve used it know, can last forever.  I’ve also a lot of freeze dried vegetables, and like the potato chip people I will make more. And I have two gallon cans of olive oil on order.  All of which adds up to: we’re not going to starve. If push comes to shove, we can survive on soup and bread — we have a lot of almond and coconut flour — for a long, long time.  What’s more, we have peanut butter to put on the bread. A LOT of peanut butter.  Which even my husband refuses to put on the tuna, which we also have more of than I expected.  However, we have a can of egg whites, and tuna soufle, or quiche is a thing.

Knowing this is a great comfort. Not that I expect the shelves to be bare — well, not now — but I do expect the occasional hiccup.  And while I don’t have the food to survive Venezuela — so please let’s not go there, kay thanx — for years and years and years, I do have the food to paper over gaps.  In fact I’m kind of impressed at how much we have already laid by, though of course I’m not just sitting back and waiting.

IF I’m grossly wrong and we come out of this in a V shape, i.e. if our ascent is as steep as the sudden drop off on stopping, I’ll take most of the laid by food and donate to the firefighters’ in Manitou and their Christmas program, because you see, almost twenty years ago, when we found ourselves unemployed and scrambling JUST before Christmas, they delivered two massive boxes at our doorstep, which saw us through the three months of scrambling till we had solid footing again. I keep meaning to return the favor, but yeah, either through being very tight at that time OR through being very busy, we’ve yet to manage it.

First I should say the last time I had this intuitive  counter-rational feeling that everything would be all right was after the election in 2012. And I attributed it to “Can’t live with fear forever.”  If you go back over that year, you see the hope — real hope not the cheap glitter of hope ‘n change take hold slowly, that it would all come out all right after all.  But I had trouble working through it, because, well… you know, I don’t believe in magic.  And I knew the damage that has been done to this country, and the depth it went to.

And yet, looking back and considering the insanity of Pierre Delecto, it’s entirely possible the best man won. And that the damage done by an open enemy of our country in the presidency was less than what a false and deluded friend would have done.

Let’s remember it was a republican — but a statist — who set us up to be screwed by China for decades, something that no democrat could have managed, no matter how much they wanted to. (OTOH they would have rolled over and waved their paws for Russia, so in the end, in that one too, maybe the best man won.)

Thing is, we don’t see parallel worlds, and though we can tell how bad things turn out here sometimes, we can’t tell how badly they’d have turned if what we wanted came to pass. I.e. if the rational part of our brain had guided the future.

So, what’s my gut feeling today? (Note I’m not saying any of this is right. Only that my gut is right a disturbing number of times. At least more than my brain.)

Today my feeling on the lockdown is that BGE is right. The states will open up and everything will be back to normal within the month. Pence has already seeded this by saying that he expects all this to be behind us by May 25.

And yep, it will be at first slow, then very fast. (I mean BGE makes his living predicting the behavior of masses of people, right? So he’s probably right.)

The leftards and the media (BIRM) will try to hold on to their doom reality show, but if the open states don’t all succumb to Wuhan lung rot, it’s going to get harder and harder.

With any luck this opens people eyes to their governors and their proclivities.

But I’m also getting a sense that the president is going along with the insanity because it suits him.  I mean, what have we seen from him before?  The Democrats “corner” him and suddenly find that they gave him everything he really wanted.  It’s president B’rer Rabbit forever.

There are things happening that frankly wouldn’t be possible without the crisis. Not only is the border getting sealed, but we’ve somehow convinced Mexicans that the US is more dangerous. (SMDH. Who’d have believed it?)

And meanwhile our president, who has always done a ton of things behind the scenes is now, under cover of this massive reality show the left staged, frantically undoing the damage of a century of centralization and attempts to plan the economy.

What I’m saying is that the president was (and is) a businessman.  He knows better than most how hampered, chained down and bogged down the economy is. How it’s a miracle that the US remains the power house of the world after importing so many “planned” ideas from communism since WWI (and accelerating.)

I think, ladies, gentlemen and small furries, that he saw this emergency as “don’t let a crisis go to waste.”

I hope he judged right, and that he turns the corner just in time, before popular sentiment turns against him, but while he can free the economy as much as possible right now, and set us on a path to free it more.

There will still be trouble, such as the loss of airplanes.  And there will be riots and issues in major cities, because, you know, the shortage of drugs will allow some number of addicts to get over it and recover and build their lives, but others are going to go crazy.  (Well both of those were mounting problems, that needed to be resolved. This is a sudden change, but perhaps what emerges is better. At least now we know the governors who were perfectly willing to put their populace under house arrest, cannot refuse to “violate the civil liberties” of dangerous crazies infesting every city and terrorizing law abiding citizens.  Yes, politicians, but in this case I mean the homeless.)

And maybe, just maybe, if B’rer Rabbit judges his landing in the spiney JUST right, he can get jobs to relocate to the US, can get us to stop giving our best jobs to what amounts to foreign slave labor, and can unchain the giant as much as he can be unchained in (hopefully) two terms.

Consider how well we did with just the removal of some hampering. Imagine what Americans will do if the chains of regulation that have accumulated since Woodrow Wilson are removed. You ain’t seen nothing like us yet! I imagine we’ll surprise even me.

And then there’s schools and colleges.  They’re going to lose a lot of audience. Given what they’ve devolved into, that’s not bad.

Hollywood and traditional publishing, too, either will have to do some creative thinking very fast or take it in the shorts.  Since they’ve spent most of their creativity for decades into how best to screw creatives, I predict the result will be ugly. And I’ll coast down the river of their tears in an innertube, with a bucket of margaritas by my side.

Look, indie is fine. And Hollywood? Well, I’m sure some indie moviemakers not raging leftists will find a path of opportunity soon. I’m keeping fingers crossed.

IF my gut is right — and do you know how rarely my gut is OPTIMISTIC?  Most of the time its optimism is “It could be worse.” — we’re going to come out of this insanity better than ever, and will actually have a massive Summer of Recovery.  It won’t be blared from the headlines, but honestly, people still know their circumstances.

Was this ideal? None of it was ideal. But you roll with the punches you’re given.

Look around you. There should be a lot of new opportunities.  If rumblings I’m hearing are right, there will be great opportunities in your field soon, no matter what your field is.

Be not afraid. Sure. Stockpile some tuna and some peanut butter and some bread fixings. Because you never know.  And there will be rough patches. Sometimes VERY rough patches, depending on where you live.

And let’s hope there’s some plan to explode the ridiculous and ever ballooning vote fraud around election time, otherwise we’re STILL screwed.  But I have some (slim) hope that’s true.

Build under, build over, build around. Most of you are creative, odd, and see the opportunities other people miss.  Go to it now. Your time has come.

365 thoughts on “The Future’s So Bright”