*Sorry to be so late.  Someday maybe I’ll share the story of these last few weeks. Nothing bad has happened, at least not yet, but there are several things worrying me, mostly things I can do nothing about. They’ll either turn out well, or they won’t. They are actually already decided and completely out of my hands. And I’ll find out about most of them over the next week, some others over the next couple of months. There is nothing so designed to drive a person with imagination insane.  I spend long hours doing nothing, but I know my subconscious is spinning like a hamster on a wheel. This is exhausting and unfortunately with nothing achieved to go with the exhaustion. Ah well, this too shall pass. And maybe I need to learn this: patience and that I can’t control everything. Or really, much of anything. Even when it matters desperately.  Yes, I DID in fact say it’s another d*mn learning experience.  Meanwhile for the next month, forgive me the occasional lateness and more than usual strangeness. As well as occasional bad temper, please.- SAH* 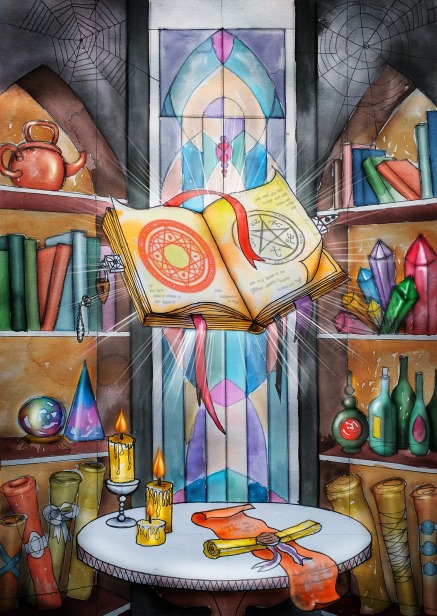 *Note these are books sent to us by readers/frequenters of this blog.  Our bringing them to your attention does not imply that we’ve read them and/or endorse them, unless we specifically say so.  As with all such purchases, we recommend you download a sample and make sure it’s to your taste.  If you wish to send us books for next week’s promo, please email to bookpimping at outlook dot com. If you feel a need to re-promo the same book do so no more than once every six months (unless you’re me or my relative. Deal.) One book per author per week. Amazon links only. Oh, yeah, by clicking through and buying (anything, actually) through one of the links below, you will at no cost to you be giving a portion of your purchase to support ATH through our associates number. That helps defray my time cost of about 2 hours a day on the blog, time probably better spent on fiction. ;)*

FROM SARAH A. HOYT: WITCHFINDER. 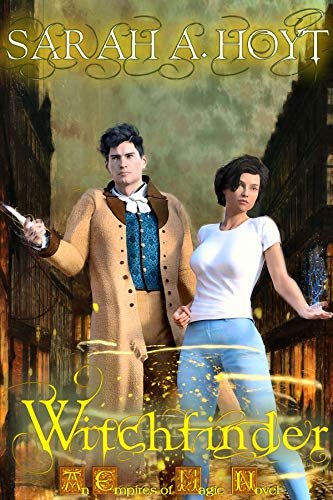 (Yes, I’m fixing the widget on the side, which means I might as well push this.  It’s the prequel to Witch’s Daughter.)

In Avalon, where the world runs on magic, the king of Britannia appoints a witchfinder to rescue unfortunates with magical power from lands where magic is a capital crime. Or he did. But after the royal princess was kidnapped from her cradle twenty years ago, all travel to other universes has been forbidden, and the position of witchfinder abolished. Seraphim Ainsling, Duke of Darkwater, son of the last witchfinder, breaks the edict. He can’t simply let people die for lack of rescue. His stubborn compassion will bring him trouble and disgrace, turmoil and danger — and maybe, just maybe, the greatest reward of all.

It’s anything but a pleasure cruise.

Ariana Ryder’s barely had her powers for three months when she takes a cruise with some girlfriends, and one serious frienemy, for their last college Christmas break.

But when she gets a vision of zombies descending on the ship, a bitchy girl becomes the least of her problems.

Now, all she’s got is one brave bartender, a stowaway flying carpet, and her wits to fight the zombies and save hundreds of innocents trapped onboard.

Vanessa only wanted to do her job as head nurse and walk her dog. Not interested in love. Guys were just users.
Then that cowboy Nick turned up. Attraction sizzled. Winter got awful hot.
Burned before, can she trust her heart this time?
A sweet romance where love surprises everyone.

FROM MACKEY CHANDLER:  Paper or Plastic?

Roger was medically discharged after his service in the Pan Arabic Protectorate, cutting off his chosen career path early. He is living in rural Sitra Falls, Oregon trying to deal with hyper-vigilance and ease back into civilian life.
(Updated edition 11/2016)

FROM MARY CATELLI:  Sword and Shadow. 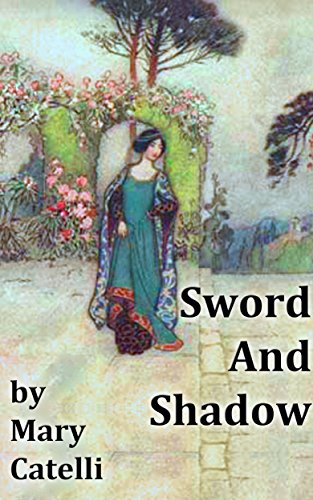 A short story of magic and reunions.

For five long years, Sanchia has held the lands of her husband alone, while he fought in the desperate war against malign shades. Much will change when he returns.

Especially because he brings the magical sword, found in the mountains, with him. And, it turns out, other things follow.

FROM PAM UPHOFF:  Freshmen (Wine of the Gods Book 50). 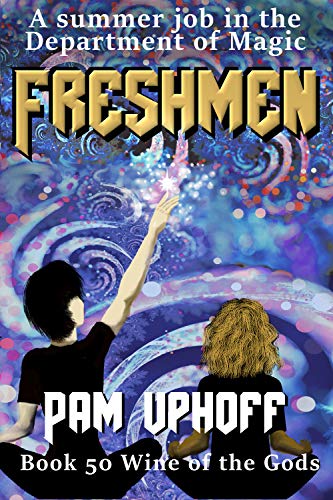 Diamond has made it into the Directorate School, but what does a penniless freshman do over the summer? Get together with her best buddy and get a summer job with the Department of Magic, of course. Then there are a few minor problems. Clothes, someplace to stay, sexy men who think a sixteen year old is a child . . . oh, and a major instability in the Multiverse is threatening to destroy the permanent transdimensional gates. But that not her problem. Right?

The perfect Halloween and Christmas gift for a pair of shadow mages? A fat holiday pay-check and no excitement. Lelia Chan and her fiancé survived enough excitement already for the year. Unable to work magic, André needs time to rest and recover. Lelia just wants to survive the goth sales rush of Halloween through Christmas.

But a young man looking for a were-wolf belt leads Lelia and her Familiar Tay onto a dark and deadly road.

UPDATE: Yes, yes, I did in fact completely forget the vignettes. Which will give you some insight into how strange things are out here.

38 thoughts on “Vignettes by Luke, Mary Catelli and ‘Nother Mike and Book Promo”