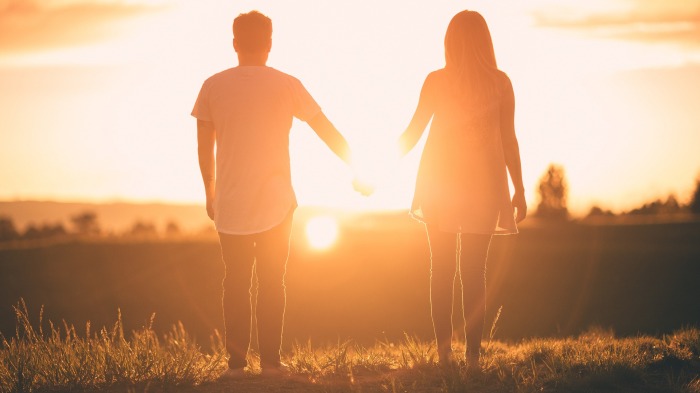 We were talking on facebook about the possible escape of small pox viruses from the lab in Russia.  (Yes, I know that’s not what they said, but I do speak fluent Russian obfuscation. You had to, in the cold war in Europe.) And soemone said that one of our techno billionaires was talking about a plague taking out 30 million people.  I said they want it, and I think I shocked this very nice lady.

But here’s the thing, it’s not 30 million. I’ve heard my liberal friends — before I came out politically — talk, unguardedly, when they didn’t think it mattered, and it’s more like 1/3 the world population. They think it would be best if a plague or something took out that many humans.

Part of this, sure, is the fact that they’re convinced there’s a massive overpopulation (there isn’t, not by any rational measure) and we should all die to make space for trees or plants or intelligent squid or something.

Part of it, is the unlovable “those people don’t matter.” or if you prefer “lives unworthy of living.

But a great part of it is more complex.

Why would humans hate humans? Why hate their own species so much that they wish it to die in great numbers, living only a very few that they imagine would live a happy and carefree pastoral existence in harmony with nature. (Okay, you have to realize what they know of pastoral existences is less than my cat knows of architecture, and also that they believe wholeheartedly in the myth of the noble savage who lives in harmony with nature.)

And there you have it: because they think it will be best for humanity in general, if most of us die, and live only a few, “to be happy, in harmony with nature.”

The problem with most of the left, and arguably with Marx himself, is that they don’t understand human suffering.

As Peterson is fond of saying, human life is tragic.  We live in an age of miracles. We have more time and better health than we’ve ever had before.  And we live longer. Much longer. But every and each one of us will die. And — I know this just statistically, from watching my cats’ lives — a lot of us will die painfully and ugly. And most of us will feel we die with unfinished business. So…

Human life is brief and tragic. What’s more, we live in a land of wonder. Almost everyone else, throughout the world, lives more limited lives.

People suffer.  And I think this bothers people on the left horribly. They can’t understand it, or reconcile it, partly because their “model” of life doesn’t have the idea of suffering or striving being a good thing.  In Marxism — a very flawed Christian heresy — there is no model of people (individually) striving or improving. All there is is being oppressed or oppressing, and eventually, the oppressing bettering their lot by punishing/despoiling the oppressors.

Because the model is a finite pie, there is no creating, no conquering your disadvantages or those of your surroundings.  If you’re suffering, there’s someone else who is not. And if you make them suffer, then your suffering will go away or lessen.

Because it’s based on a materialistic, finite pie model, the idea is if you take away what others have and “redistribute” it, then you’ll be happy. Or at least the average happiness will go up.

But the world is not finite pie. Not materially and not emotionally.  And if you think it is, you don’t understand that you can improve your own circumstances. Except by bringing others down.

This is the problem with a Marxist mind model. You think suffering is unavoidable, pointless and endless, until the “inevitable” perfect state of communism.  And you think communism will be perfect because somehow everyone will be forced to be happy and given everything they ever desired.

This is what I call a kindergarten idea of paradise, like when I was a little girl and loved this book about an imaginary land, where birds and fish were already cooked and went around with forks in them, and trees grew candy and ice cream.

It takes a grown up to understand that though we all hate suffering, sometimes it takes suffering and problems to make us move past a problem or a big blockage and achieve what we’d otherwise have thought impossible. Without suffering, we’d all walk around doing nothing.  Humans are not made for that. We’re made to create and strive, and fight for what we want. Yeah, sometimes fight against others, but mostly against ourselves and our limitations.  The kindergarten world would just infantilize us all.

And yes, the end is often tragic, but trust me, it can also be good. I’ve seen that too. There is such a thing as a life well lived, a life that justifies even a terrible ending.

I read somewhere that in the early twentieth century the heirs to the throne of Spain were hemophiliacs (being descended from Queen Victoria) and to prevent their getting hurt the royal family had every tree in the garden surrounded by pillows, in a vain attempt to keep them safe.

If you think about it, that’s what the left tries to do to the species and the world. There’s safe spaces, and social justice, and open borders, and redistribution, and free this, and free that, and Occasional Cortex’s crazy idea that you can just print as much money as you want to and it won’t affect value, and that way everyone can have “good money” and “a good job.”

But — and I’m sure this baffles the leftist true believers, absolutely sure of their own benevolence — everything they do turns out wrong, and they keep trying to do more, and help more, because if they can just control us all, then it will work, and suffering will end.

And yet, suffering — and more importantly striving — can’t end, because humans were built to strive and try to improve themselves and others. Because that’s what humans do. That’s what humans are. That’s how we got from the caves (and before that the trees) to where we’re now. We’re humans. We create, and grow and try.  Even in the shitholes in the world, people are trying to improve things. Dysfunctionally, yes. Counterproductively, often. But they are trying.

This is their foundational drive. They just want everyone to be happy and taken care of. And they fail to consciously accept that the only way to do that is to kill everyone.  Consciously they think if we just gave ourselves up and gave in to perfect communism, we would stop all this suffering.

Ultimately, they’re at war with being human. And unable to figure out the amazing glory of freedom of choice, of freedom of improvement and creation and the ability to make the world a better place.

No wonder they are miserable, and angry, and hate their own species.

No wonder they think death is the best thing they can do for us. No wonder they hate people like Peterson, who is telling people they can — individually — improve their lives and their happiness.

So what can we do?  Not shut up. Not go away. Not accept their simplistic view of cake or death. Continue to work and improve, and love.

What we can do is continue to strive and thrive, to improve and create.

Maybe, just maybe, some of them will  open their eyes, stop screaming it’s dark. and joins us in the glorious and terrifying light of the sun.