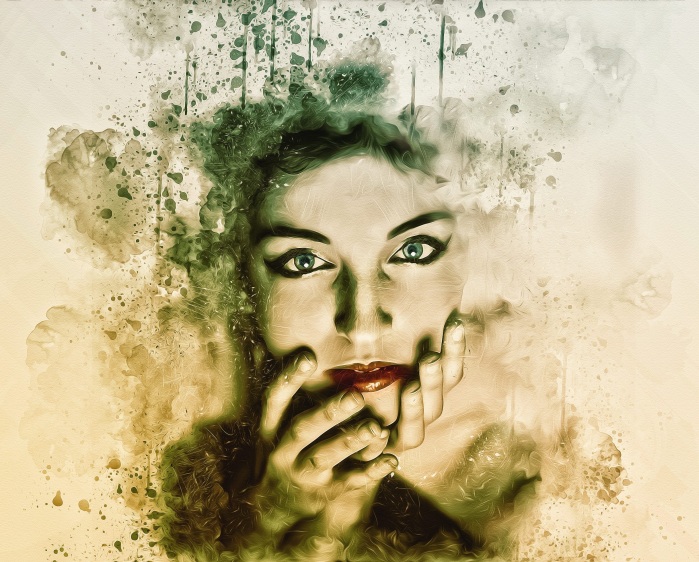 There is something that all writers are cautioned against (if they are lucky) is “drinking your own ink”, that is start to believe your own fantasies.

Look, when your stock in trade is making up lies so convincing that people will suspend disbelief at least for the extent of a novel, you’re going to be good at telling yourself lies, too.

I’m probably less at risk than most writers, just given the nature of what I write.  If I suddenly start believing that Darkship Thieves is prophecy, it doesn’t really affect my day to day life.  It might drive my family nuts (insert question of how we could tell) but beyond that, it’s no big deal, right?

And if I really believed the Musketeers investigated mysteries, how would you even know, unless of course, like Dan brown proclaiming the “truth” of his “history” I gave interviews to every cat dog and pony show?

For the record I don’t believe either of those, mostly because I’m aware of the danger of drinking your own ink.

But the problem is that normal people don’t get that warning.  Theirs is not to tell compelling lies, so compelling that they might be believed.  And when they hear something a lot, particularly from respected institutions and channels, they don’t always realize it’s fantasy.  And they don’t always ask the questions I always ask “Uh?  Why?  And what sense does that make?”

Which brings us to the fact that right now, not just in this country, but world wide, some portion of the population (impossible to know how many, given that the media kind of amplifies their voices) is drinking the ink of their own fantasies and spinning further and further from reality.

Which brings us to the derp of the day.  You thought that women accusing gay men of misogyny because they won’t sleep with women was crazy?  Ah.  There’s someone who wants you to hold their beer and watch this.

So, if you don’t want to follow the link, this is the gist of it:

Let’s leave aside the fact that someone tried to “plant a kiss” on someone who didn’t want it, which less I checked is sexual assault.  And that this then went public and incited hatred against the victim of sexual assault, which, last I checked, is sexual harassment.

I don’t suppose it’s a simple matter of choice (though it might be, for some people) because homosexuality existed throughout the ages, even in places where it was forbidden, and it exists in fact, in all species where sexes are not radically visually different (No, I mean like peacocks and peahens, for instance.)

It used to be believed to be a matter of raising, now it’s believed to be genetic.  I believe like most persistent, complex traits we share with a bunch of the animal kingdom “it’s not that simple.”

But the left is full on, invested, all in on “it’s just genetic, it’s always genetic.”

And yet, in one of those stunning contradictions only the left is capable of, they just believe there are no innate differences between the sexes, just different “social constructs” on how the sexes — oh, pardon me, genders — behave.  That is, your “gender” is what you learned to be, and there are up to — what was it? — 50 of them?

What this does in effect is deny sexual orientation.  I mean, you can’t say you’re gay — or straight — if there is no real difference between the sexes, except behavior which is learned.  No, not even genitalia, because as we’ve learned over the past several years, it’s what you feel “inside” that counts.  So, even if you still have the genitalia of one sex, you can dress as the other, do cosmetic stuff, and claim to be the other sex.

I UNDERSTAND body dysmorphism, and I always assume those who have surgery should be called by their new “sex” and treated as such.  No, it’s not right, and there are limitations to it, mostly because our sex change operations aren’t.  They’re more like sex-pretend operations, cosmetics and hand wavium.  And of course there are limitations, like in sports, otherwise “transwomen” will sweep all the women’s sports, because one of the differences that “don’t exist” between the sexes is that men are stronger and faster.  (And women endure pain better.  But there’s no sport for that.)

However over the last few years we’ve been told people are what they say they are — and dress as — so that we have people who are “gender fluid” and their gender varies depending on what they choose to wear that morning.  I would call that “clothing obsessed” but whatever.

Now, if you drink that ink, and put yourself in that reality, straight men should be attracted to anything in female clothing, right?  And gay men…. oh, man, they must be having such a hard time, now that women wear pantsuits too…   It’s okay, sweeties, you really don’t have to be attracted to Hillary.

If you’re inside that logic and drinking the ink till you’re poisoned, then yep, Ginuwine is transphobic, because he’s attracted to women, so he should be attracted to anything wearing women clothing.

But you say, how do we know that the transwoman hasn’t gone the whole way and had the operation?

Remember the thing I said above?  Right now all we can do are cosmetics.  And the perfection of the cosmetics varies, for that matter.  For instance, one of the ways to construct a vagina is with tissue from the colon, which brings with it issues of smell and others.

Also, there are a million ways of things not being “quite right.”  Even if the physical stuff is done flawlessly and everything looks right, there’s a ton of ways you’ll ring the wrong bell with the other sex. Including the fact that someone who grew up as a member of the other sex, with mannerisms and ways of moving, might not ring quite right to the back brain.  And back brain is where sexual attraction resides.  You really can’t argue with that part of the brain.  It is what it is.

There are mannish women, and men that acquired mannerisms from their mothers, who are straight and have a heck of a time attracting mates, because they have the hook baited wrong for the kind of fishing they’re doing.

Then there is the fact that someone might exclude all trans from the dating pool, not because they’re bothered, precisely, but because they don’t want to have to explain to family and friends, over and over again.  It’s a valid thing.  If you’re going to choose your life with someone, you’re allowed to choose the “least strife” route, particularly if your life is complex enough as is.

Or it could be a man wants biological children with his potential wife, something transwomen can’t provide.  This too is valid.

In the end, what people are attracted to is their own business.  You can’t really say if you’re not attracted to something you’re “phobic.”  I have yet to manage to see breasts as anything but bags of fat on the chest, or to think of vaginas with any kind of interest.  And yet, you know, I manage not to run screaming when I see myself in the mirror, and to take care of basic hygiene tasks without recoiling.  I’m not afraid of vaginas.  I just don’t want to sleep with people who have one.  (Well, I don’t want to sleep with anyone but my husband, but supposing I did.)  And if the person who has a vagina can grow a beard, this doesn’t make it anymore attractive.

Maybe it does for some people.  Maybe it’s all about the secondary characteristics.  There are even people who fall in love with a certain type of mind, and forget the wrapping.

If you now start demanding I also be attracted to transmen, or be shamed and reviled, you are out of your frigging mind and have been drinking your own ink too long.

If you claim there is absolutely no difference between the sexes, and we can all take on random characteristics of either sex or none, and then demand that everyone put up with us sexually assaulting them, or worse, show enthusiasm for it, you might be straight up insane.

And just because the insane are running the asylum, it doesn’t make them sane.

Sanity is that which accords mostly closely with and works best in reality.

And this ain’t it.

438 thoughts on “The Inmates Are Running The Asylum”

When The Walls Fell