It was a beautiful September day — no, not that one.  I was 9 years old and very excited about the Olympic games in Munich.  My dad had told me — I have mentioned, somewhere, right that my dad is an idealist, a dreamer, always ready to believe the best of people and institutions — that the Olympic games were a way for the whole world to come together in peace.  For a child of the Cold War, this was an important symbol.

And then the illusion was shattered by Black September.

It was a beautiful September day.  I was 38 (corrected the age.  You know there are ages you attribute things to?  Well, the year I turned 33 is one of those.  Ridiculous of course, since that’s when I had younger son.) and just the week before I’d thought “these are the best years of my life.”  My husband had a very good job, we had a beautiful house in a peaceful mountain town.  The boys were happy in school.  More importantly, we had a writers’ group that had been working together for years, and finally everyone was getting published.  Saturdays saw our house overflowing with our friends and their kids.  The meetings started at 12 and were supposed to be over at 3, but more often than not I ended up putting spaghetti on, and setting the table for the stragglers.

I took the older kid in, then sat outside the younger kid’s classroom, (I think he was in kindergarten, but it might have been preschool.  It started late) reading an old paperback, while he played with his friends.  Then he went in.

Before breakfast, I went upstairs to check for email from agent/editor/friends.  There was nothing, but there was a news tab saying a plane had hit the twin towers.  I thought it was a small plane, an accident.

She knew we didn’t really get TV and didn’t have cable.  But I dutifully turned it on and through the “rain” on the screen saw the unbelievable.

Minutes later my friend Charles showed up.  They’d sent him home because he worked in one of the tallest buildings in town.

I tried to call my husband and he didn’t answer.  I knew he was somewhere in Washington DC, but not where.  (Turned out I was wrong.  He was near DC not in.) The pentagon was not an impossible place for him. I made doughnuts and drank Jim Beam from the bottle while trying to reach him.  Three hours later Dan called.  He was safe.  He’d been in a meeting in a secure room.

A few days later he drove across the country, and our friend Alan Lickiss and I met him in Hays, Kansas so he wouldn’t have to drive the whole way.  (We lost Alan last November. I’ll always remember that drive, his friendship and his loyalty coming to help me at a time of need.)

It was a beautiful September day.

I was in Dallas, staying with my friend Amanda, to teach a class on writing.  I was exhausted and my semi-chronic since the older son was born issues were reaching the point I couldn’t function.  I’d been working hard in the run up to the elections, including over at PJM.  As always when I’m stressed, my autoimmune was going crazy.  I couldn’t sleep and my arms were raw flesh.

Then the news about Benghazi came, and were buried by the media. 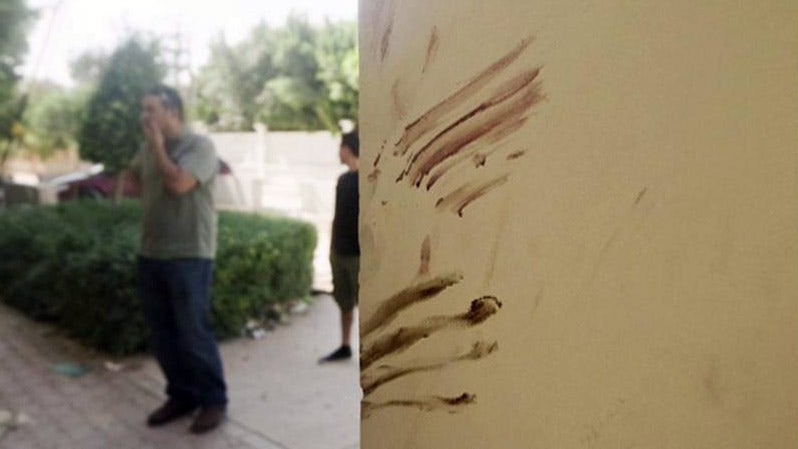 It was a video on you tube that caused it, they said.  They lied without shame, they lied to the country.  They steamrolled us. And I wondered why everyone was sleepwalking through this.  If we’d reached the point when attacks could be buried by the press, ignored by the voters.  (For the “gentleman” who said I freaked out when Obama was re-elected.  Yes, I did.  That incident was the harbinger  of what has happened since leading us to the edge of WWIII.  Deal.)

Tomorrow will be a beautiful September day.  In our area it should be mild and clear.

We are in a very bad position — across the board — our politics stink right now, and it’s very hard to figure out how our foreign politics would be worse if we’d been occupied 14 years ago.

This is a new phase in a very old war.  You might not believe in the war, it believes in you.

You will say it’s not fair that we have to fight this now, while fighting the internal cultural battle as well.  But without our culture being where it was, this external enemy wouldn’t have a foothold.

Besides, fair compared to what?

The odds against us are just a chance to fight harder, to win bigger. You could say we are in a target rich environment.

We’ve been losing battles.  We’re nowhere near losing the war.  We’re not even in a permanent downturn.  Look at that link from 1972.  The murderers were released because their supporters  highjacked a plane.  Those who lived through the seventies remember.  I remember.  Flying was risky and the culture was coming unglued.

Believe it or not, we’re saner now — culturally.  It’s our politics that are rotten, because politics are downstream from culture.

That means we have our work cut out for us.

In the end, we win, they lose.  In the end, civilization will not be allowed to perish. Even if we have to fight against worse odds than a kinder divinity would allow.

Many have gone crazy, but we’re holding the fort.