UPDATE:  A SLIGHTLY EDITED AND PRETTIED UP COMPILATION OF ALL CHAPTERS UP TO A WEEK OLD IS HERE 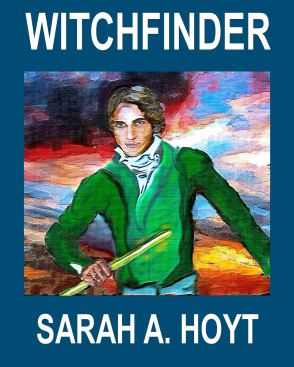 *As a few of you know I’m posting a free novel here, a chapter at a time. Because the chapter happens to be relatively short this week, I would normally post two, but I haven’t had time to revise/clean up further than this.  I promise a longer snippet next week.  There is a donation button down on the right side. You don’t have to hit it, but if you do and donate more than $6, you’ll get  a free electronic copy of the book once it’s finished and edited.  Thank you to everyone who has donated.*

The Lion, The Witch and The Pyramids

Seraphim looked at his watch, and then at his crystal ball.  They were not both strictly necessary.  It was possibly to use one or the other.  But the one thing his father’s diaries had taught him was that it was never a good idea to rely only on one method.  And Seraphim, rushing to the last alarm, had found that relying only on the watch might be the last thing he did.

The Others were perhaps no more cunning than himself, but they were infinitely better armed, and there were more of them and they would have more magicians who could fake better alarms.  And that was without counting with the legitimate agents of his majesty, whose job it was to enforce laws forbidding citizens of Avalonis from traveling abroad and who had once or twice come close to catching papa.  They too must be looking for Seraphim.

Seraphim got the coordinates of the talent at risk from the watch he’d inherited from his father, then tried to raise an image in his crystal ball to corroborate it, but all he could see was the shadow of his valet, standing determinedly between the light and the crystal ball.  He obscured the light magic could use to form images.

“Penny, for the love of God–” Seraphim said, half in exasperation.

“No.  You are in no fit state.  You should not be standing up, much less going on a rescue mission where you might get stabbed again.”  Penny squeezed his lips into a thin line.  “Or worse.”

Seraphim clenched his lips tight.  He wanted very much to answer, but he tried to avoid being rude to Penny.  Penny could not answer in kind, and that made it churlish of him to abuse Penny.  “We were not put in this world… in any world,” he said.  “To take our ease while innocents die.”  Realizing he’d just repeated something his father had written in his diary, and that shortly before his father had committed suicide, Seraphim suppressed a shudder.

“There is a dire difference, Seraphim, between taking your ease and risking yourself foolishly.  I beg you to consider what will become of your mother, your sister and your brothers should you–”

Before he could finish a scratching at the door was followed by Lady Barbara’s voice.  “Seraphim?  I would have a word with you if I might.”

Seraphim looked at the basin filled with bloody water, the discarded, blood soaked garments, the evidence of his injury strewn around the room, then his eyes met Penny’s, and he realized that Penny’s thoughts had followed the same trend.  “No,” Penny’s lips formed, though he didn’t say it aloud.  “I will make your excuses.”

The valet went to the door and opened it.  Seraphim heard him speak in a low voice, and could imagine what he was saying.  His Grace is indisposed and other such rot designed to make Mama think that Seraphim was passed out, drunk, within.  He heard Mama say once, impatiently, “Penn, he can’t be that–” followed by a renewed flood of Penny’s words in a sensible, persuasive tone.

What Seraphim should be doing was clearing the room of evidence of his injury and then attending to his Mama.  But there was someone in need.  He looked at his watch.  It was very definite about someone in need of his help on Pyramids, someone with a very high magical talent and too ignorant to shield it.  He didn’t know how the watch worked.  It had been created by his papa, possibly before Seraphim’s birth.  But he did know that it was rarely wrong.  And that The Pyramids was a horrible world to have magical talent in.  They put to death anyone who revealed talent or shape shifting ability as soon as it was detected, and their thaumaturgic police was ruthlessly efficient.

But sometimes the alarms had a safety margin built in.  Even in Pyramids, a few hours, a few days might pass before the new talent was spotted, and a couple of hours would give him enough time to go to the ball, announce his engagement, plead fatigue, and return to his room.  Then he could go to Pyramids at his leisure.

He looked at the crystal ball, taking advantage of Penny not being there to obscure it, and he concentrated all his attention on it and on seeing the person at risk.

A breath, two, his eyes crossed and the lights and shadows arranged themselves into coherent images: a young boy running, pursued by …  Royal Thaumaturgic guards in their dark green uniforms.  They carried magic sticks, the discharge from which would severely wound or maim anyone with magical talent.

Seraphim cursed under his breath.  Then, with Penny’s murmurs growing more urgent by the door, he started to say the transport spell that would take him to Pyramids, hurriedly as he must perforce do, if he was going to be out of here before his mother forced her way in the door, or before Penny realized what was happening.

Just as he said the capstone word that closed the spell and activated it, he felt some other magic touch his.

With the awful feeling that this was yet another trap, he tried to unsay the last word, but its echoes in the air could not be called back.

He heard Penny scream, “Seraphim, you bloody fool!” and his mother gasp, “Seraphim” and then he was hurtling through cold and burning hot, and landing on his face in hot sand.

Breath was knocked out of his body.  He blinked, hard, at the bright light of sun on sand, and thought that at least this looked and felt like Pyramids.

And then someone fell on him.

She must have knocked him unconscious.  At least, later, he would think that, because all he remembered was the horrible pain to his chest and arm, as a heavy body fell on him, and then – some undefinable time later – being aware of soft feminine hands pulling at his arms.  It renewed the infernal pain in his injured shoulder and arm, but he concentrated on her face, which was small, dark and panicked.

“Oh, please, don’t tell me I killed you,” she was saying.

Pain and dizziness warred in him.  He felt as though he would throw up, but controlled it with all his might, and managed to say in something that passed for a creditably steady voice, “Don’t be ridiculous.  I’m not that easy to kill.”  And then, somewhat more sharply, “Please stop shaking me.”

“You must move,” she said.  She glanced over her shoulder.  “Or the lion will get us.”

“Lion?” he said.  The surprise carried him into sitting up and looking in the same direction she’d glanced.  And there was a lion.  A young lion, whose huge paws and skinny sides betrayed it was nowhere fully grown.  But the tawny eyes looking out at Seraphim betrayed intelligence and fear no lion had ever known.  And the light around the animal’s head was the magical glow of a magical creature.  The boy, Seraphim realized.  He was not a witch, but a shape shifter.  Of course, those were even more feared.

“It’s not a lion,” he said.  “Merely a boy in lion shape.”  And standing up, he extended a hand, hoping the child was enough in control of his feelings not to act like the wild animal whose shape he’d taken.  He spoke, clearly, loudly.  “I am here to rescue you.  I mean you no harm.”

In the tawny eyes confusion and fear played out against a strange sort of hope.  The lion lowered its head and looked poised to walk toward Seraphim, when a voice called out, “Stop in the name of the king.  You are harboring a dangerous fugitive and our instruments indicate you are practitioners of illegal magics yourselves.  Surrender now and we will be merciful.”

Seraphim barely had the time to jump out of the way as the boy dove to hide behind Seraphim.  As for the woman, she tried to take a step in front of Seraphim, even though her eyes showed panic fear.  “Who are they,” she said, as Seraphim gently pushed her out of the way.  “What do they want?”

“What passes for law in this miserable land,” he said, pulling from the pocket his own magical, charmed stick.  “And they want to kill us.”

“No time to explain,” he said.  He looked around.  They were on a parched red plane, strewn with boulders and intercut by pyramids.  The pyramids, built in steps, were temples to the gods that forbid magic, the same guards to whom magic users were sacrified.  The soldiers’ promise of clemency was a hollow one.  Whether they were shot multiple times with the painful magic-blighting weapons of the soldiers, or the soldiers captured them and bound them hand and foot to take them to the pyramid and sacrifice, there was no way to avoid pain.  Except, perhaps…  “Can you say the transport spell?” he asked.  “Have you enough power on your own, without attaching to mine?”  He glanced quickly over his shoulder at her.  “Yes, I can see that you have.  Start saying the spell for Avalonis, and center on the point I departed from.  Include me and the child-shifter.”

As he heard her say the first words of the spell, he looked around, and found – by the magical brilliance – a soldier hidden behind a nearby boulder.  He shot towards it, then towards another one near it.  The magical power found its mark, once, causing a man to scream.  As long as he had charge, he could keep them at bay.

He wished the stranger would hurry up with the spell.  And that she wouldn’t betray him and take him to captivity.

At the last moment he wondered for whom she was working.  Hitching on his spell had been no accident, that much was sure.  But was she an agent of the Others?  Or of his majesty the king?