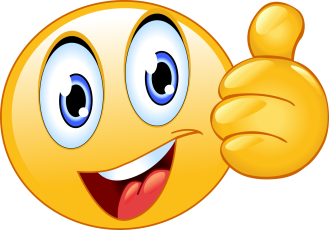 I confess I’ve been afraid of the Wu-flu. Oh, not the disease itself. Look, I’m at SLIGHTLY more risk than the rest of you, simply because I catch everything that passes within a block of me.

However, the REALLY important thing to remember is that we really don’t have any idea — yet — how this will play in the US, but we don’t really have that much of a reason to panic either.

Even in Italy, the mortality is mostly among Chinese transplants. And before you tell me I’m racist (rolls eyes), no, I’m not. Leaving aside the protein in the lungs this thing might or might not bind to, there are co-morbidity factors for Chinese (and to an extent for Italians. Definitely for Iranians, particularly Iranian males.) One of them is smoking like a chimney. The other is that China (where the mortality seems to be way higher, honestly) is more polluted than you can imagine.  Iran might be too. You know dictatorships don’t really much care for the environment, and I remember Portugal in the early sixties, when going out early in the morning during rush hour was like putting your face fully in the exhaust of a car. I have no clue as to Italy air quality, and I have a full schedule ahead, so I refuse to fall down that rabbit hole.

Right now we know it’s spreading like wild fire. It’s known as a “virgin field” epidemic.  What it doesn’t seem to be is all that deadly. NOT among countries which actually give a f*ck about their citizens.  For the others, everything is deadly. Remember North Korea telling their citizens that pine needle soup was nutritious?

What I’m trying to say is there is absolutely zero reason to panic over how many people are getting infected.  Though if you have co-morbidities you should go see a doctor.
Look, I’ll be blunt: San Fran going on quarantine? Theater. Look, if they were at any REAL risk, their homeless would be dropping like flies. Think of the conditions they live under.  In Denver? We’ll know this is a real thing when our pot heads who are somewhat lung impaired (though not like the Chinese) start dying, or at least clogging the hospitals with pneumonia. I haven’t heard of any of that happening, so I’m going to say “Nah, brah. It’s a bad bad cold.”

Honestly, I’m not absolutely sure it’s not what my family has merrily been passing back and forth for two months, but which at this point is re-infecting at the level I’m not actually that ill.  It just cost me two months off my schedule, d*mn it. (I’ll pick up on this point later.)  “But Sarah, it couldn’t be!”  Really? REALLY?  Were you tested when you were ill this winter? Because I wasn’t. And apparently the kids distributed by the CDC give false negatives, anyway.  And this thing behaved EXACTLY like when I get a “virgin field epidemic virus.”  It comes back over and over, weaker each time till I stop catching it.

I know what these are like, because Colorado Springs is not only a military town, but a place a lot of contractors came from during the early push of the war in Iraq.  Those of you who were involved in it probably know this, but for the rest of the people: So, what happens is that the Middle East (like China) is full of criss crossing, unbelievably nasty diseases. Same factors. People are poor, live unbelievably close to their animals, and honestly the Muslim hygiene rules, while they might be great compared to what came before are not effective against viruses and bacteria. In fact, in scarce-water desert environments it might help spread disease.

Anyway, it was the practice of our military and/or contractors to send back to the States any case that they weren’t treating well in theater.

One of our neighbors a block down was a contractor. He brought home SOMETHING that got into the schools.  I don’t remember the year, but the schools and the churches closed for at least a couple of weeks (I don’t remember. I was really ill), and we were down with something that was like what we’ve been passing around for two months, but worse. Seriously, that was one of the times I have been so ill I couldn’t function enough to clean my kitchen for like three months. And mostly I SLEPT.  However like this one, it came back weaker and weaker and weaker, until it was all gone.

Anyway, it’s possible it’s already all over the US, in which case, when they get the good kits, you’re going to see hundreds of thousands “infected” show up overnight. Don’t panic if that happens. Chances are you already had it.

If you’re unusually susceptible (more than I) take extra precautions, but honestly? You should be fine. For most people this seems to be asymptomatic. For some it’s a bad cold. AND more importantly, our homeless, addled and addicts, who are not in the best health ever (but probably still better than communist subjects) are still with us. If they’re not the canary in the coal mine, who is?

But I’ve been worried for three reasons: The situation lends itself REALLY well to panic. See above. If we test with effective tests and test everyone who is coughing, there is the potential for hundreds of thousands of cases overnight. And this has been so hyped people will go insane.
As is, I’m not thrilled at the idea of air travel (but who is?) and we’ve been avoiding restaurants (though, honestly? More because we’re broke just now. I NEED to write. We’ll be having huns dinner at Pete’s Kitchen as usual the first Saturday at 5:30 or so [we’re usually late.]) BUT even a light avoidance of that can wreck sectors of the economy.
OTOH I’ll note flights to Portugal have not come down at all (We really should go over this Spring for various reasons.) Which they would if the airlines were being hit with the cancellation stick, instead of people just angsting over flying. (I’ll also note everyone I know is angsting BUT flying.)

Second, my friend Rebecca Lickiss wrote about a bio-engineered virus (no, I don’t think this is, but) which instead of killing you made you incapable of functioning properly for two weeks. No one would buy the story because they didn’t see a problem.  I DO. Particularly if it’s more like 2 or 3 months.  If the entire country is stumbling around feeling like they haven’t slept in months, walking into walls and not working very well for 3 months, it will affect the economy. Trust me on this. My total productivity this month has been this blog and SOMETIMES cleaning the house. And I haven’t done much else either. Just sort of sat and stared.

But third and most important, we depend on some things that are made in China.  Not as much as Europe is, as we’d started the effort of decoupling, but still dependent on a lot of them. Mostly, medicine.  Which I hasten to say SHOULD NEVER BE MADE IN A COUNTRY WE CAN’T TRUST.  Whoever thought this was a good idea is insane.

To compound the danger to the economy the left and the media (BIRM) is doing their best to stampede our economy into a recession because that’s the only way they can beat Trump.

Weirdly, that’s also my reason to tell you not to worry and that the whole thing will fizzle out.

As you guys know, I read Agatha Christie. If you do too, you’ll find her Miss Marple often finds the murderer, etc by the principle of “Well, my dear, her first husband was a crook, so of course her second will be too.” (Though she lays out other clues.)  I used to think this was insane. But now that I’m close to Miss Marple’s age (I don’t know. She might have JUST been sixty. People aged harder.) I KNOW what she meant.

Like it or hate it, people have a tendency to either back the right or the wrong horse.  Take Obama. The man had the mierdas touch. Everything he touched turned to…. well.

And that’s part of what is going on with the left. Only it’s more like they’re the coyote in pursuit of Trump-road-runner.

If they’re throwing their whole weight behind “Wu-flu will finally tank the economy and it will kill a bazillion Americans” it will not only fizzle out, but it will SOMEHOW end up helping the economy.  Because, well…. that’s their history.

I know it seems like a stupid reason to not worry, but in the end these things tend to be right.  Oh, there will be a rough time as they scream and lock up their cities, and… But they’ll just shed a bit more credibility and we’ll be fine.

What we should take from this otherwise disgusting episode though is this: Globalism kills. We cannot, CANNOT be economically dependent on regimes that have no accountability. Open borders kill.  IF this were more deadly, we’d already all be dead, because anyone can come in, and we don’t even know WHO they are, much less if they’re sick.  And totalitarianism kills. All the factors that make life harder and people’s health weaker in China are the result of living in a totalitarian regime. For some enlightenment, and if you haven’t followed this link before, go here. And remember that there are probably situations like this all over China. We’ll just never hear of them.  Totalitarianism kills. Whenever there is an unaccountable elite in power, no one’s life, liberty or happiness is secure.  Oh, and socialism kills even at homeopathic doses.  Watch how this unfolds in Europe with their “We’ll move at our own pace” and “If you’re old, just die” health care. (And yeah, I’m worried for them.)  Consider things the left wishes on us (still) like crowded apartment buildings (with shared air ducts) and public transportation. Think of what a serious epidemic would do in those conditions.

Then just say no. Hard no. Use words, if needed.