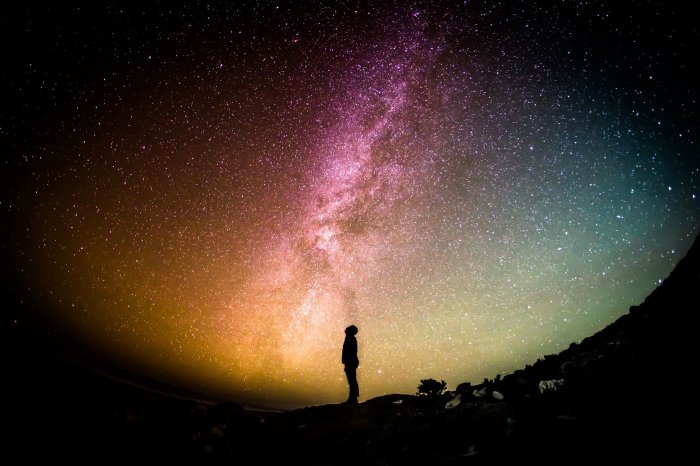 I woke up feeling 80 years old, and since I’m fairly sure none of you have an aging ray (if you do and you trained it on me, I’m gonna give you sych a kicking.)

I think it’s the result of late nights, unwonted activity (both trying to understand the science behind the talks and honestly sitting still in a classroom (meeting room) all day, a thing I’m singularly bad at. Oh, yeah, I was here.

I have zero idea why I felt the need not to disseminate our whereabouts, but when I get subconscious imperatives like that I obey, even if — particularly if — they make no sense.  Most of the time it’s just paranoia, but the few times that they’ve been right… well… More than paid for the false alarms, in terms of safety or not being bothered.

We drove out. We’d falling out of the habit of long drives when we had the kids, but as with so many things, we’re rediscovering them.  It gives us time to talk and I firmed 2 of the grossly overdue short stories in my mind. Hoping to get them written today.

My health wasn’t helped by the fact that both the conference provided lunches and what we could find were both full of carbs I couldn’t resist.

This is fairly rare, since I usually can withstand anything but corn chips.  Oh, yeah, Wichita has a Mediterranean place that sells fried pita chips. So HAPPY I don’t live there. I’d never be able to stay off them.

Anyway, we left a day early, partly because we didn’t think we could CONTRIBUTE anything to the last day, partly because I thought long days, late nights and not getting exercise were making me susceptible to the thing that was making everyone cough.

It might have. Or I might be just ahead of it. At any rate, I’m going to do a very perfunctory cleaning (Cats shed!) then write.

The only low carb thing was something I attempted before I left. People are now making and selling pasta from heart’s of palm.  I wasn’t particularly impressed by the linguini. It’s no more linguini-like than zucchini strips that are way cheaper. I mean, it LOOKS more like pasta, but that’s obviously not the point.  However I bought some canned for “lasagna” and plan to try it later tonight.  Will report.

We’ll resume regular schedule tomorrow, and hopefully by Monday the cold trying to land will have given up and moved off.

Oh, yeah, Greebo, obviously KNOWING I’d died rejected the impostor who tried to impersonate me until I cornered him and he smelled me.  He’s now acting very clingy. He also lost a lot more weight than the thyroid condition warrants. I suspect, as on previous trips, idiot-boy stopped eating.  I’m not sure exactly how I ended up with a dog in a cat suit, but there it is.  He’s been extravagantly petted this morning, and will sit at my feet while I write.

Oh, NANO: I finished a short while in Wichita. Not a ton, just 6k words. I still need to do a novel.

80 thoughts on “This That and Low Carb”