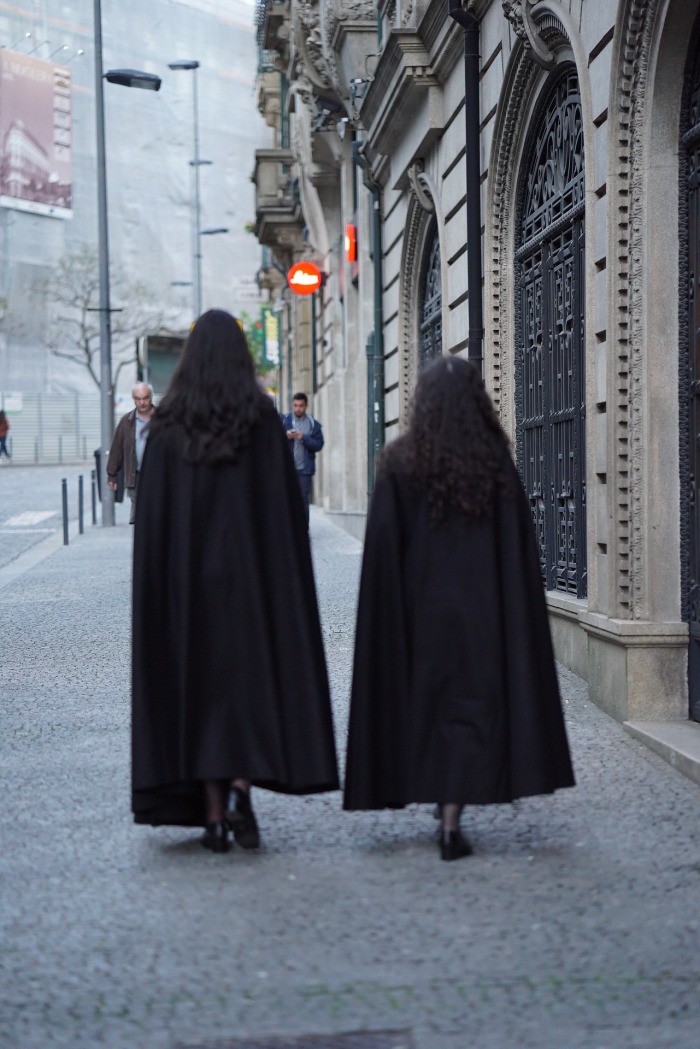 In one of his more eloquent moments, my son referred to Portugal as an iceberg in time: whatever you see of the present is a tiny part, towed and moved by the massive weight of history.

He wasn’t wrong, of course. Part of the freight on Portuguese culture is the “way we do things” some of which go back to Rome, and it’s impossible to see how counterproductive they are, because they have become “the way we do things.”  In fact, they are largely invisible, just like water is to a fish.

Not that it hasn’t broken, at times, with traumas or — forgive me for using such a term — a paradigm shift, such as the discoveries. But — like art styles, which is what makes Portuguese monumental architecture so fascinating — it never really goes away, it just gets overlaid.

Europe has come the closest I’ve seen to changing the culture, and it’s not really, it’s just another layer.

How does this influence someone growing up in it?  Well, history is impossible to ignore, and you get a sense of how tightly packed it was.

It is comparable to the two Victorians we lived in for the last 30 years or so: you couldn’t turn around and change something, without becoming acutely aware of all the people who’d lived there the hundred years before you, and everything they’d done and changed.

The US, in contrast, is like living in the nice suburban home we have now.  Sure, it was hastily built and it shows in places, and the only couple who lived there before us never wasted an opportunity to do something in the most bass awkward and bizarre way possible, but overall, it’s just a nice relatively young house and much easier to change because you’re not dealing with a century of stranger’s (and strange) decisions and short cuts.

So how did growing up with that freight of the past affect my writing?

I don’t know.  I don’t know for the same reason you can’t be on the street and watch yourself walk by.  J. K. Rowling spent two or three years in the city next to the village I grew up in, i.e. the place I spent most of my time after elementary school.  People keep tracing to her work all sorts of peculiarities of the city.  Though I’m not sure they’re right about the cloaks and suits, because you know, Cambridge and other university towns int he UK preserve medieval attire too.  Honestly, though, I can see the platform whatever and a half coming from her experience with Portuguese railroads, because it often feels like your train is leaving from a secret platform. (And anyway I had all sorts of daydreams tied in to the Portuguese railroads and stations, mostly because they’re chaotic and never throw anything away: there’s carriages and abandoned trains in forgotten byways. But mostly for the same reason I had daydreams about roads.  “I wanna get out of this place.”)

I know that I grew up in a family — or at least with a dad — that cherishes history and historical accounts, as well as legends, and in a place so old that it’s thought to be the longest inhabited area of Portugal.

Does it change anything?

I don’t know.  There is only so much deep history you can put in a story, or a future history, before your readers roll their eyes and go “oh, please, now.”

And you have to make the events right there more important, right? Or else, you get lost in grey goo. “Sure, there’s a barbarian invasion, and civilization might collapse.  There’s been many civilizations. Yawn.”

I think perhaps — at least son said this as we were trampling around Porto’s oldest part, (oldest house stills standing dating to the 9th century, before the country existed) — most games and books in the US lack that feel.  The feel of deep time, of things just getting overlaid and surviving wars and revolutions, etc, and still being used, more or less for the purpose they were built.

Maybe I can write more convincingly about stuff being really old and overlaid, and the feel people lived here a long time.  Maybe.

Because with writing the problem is always that you have to both be aware enough of it to write it and communicate it to the next person.  And mostly, what really comes through is the stories people tell themselves about the past, which tend to have a certain sameness to them, whether the past is actually there or not, if that makes sense.

Next up: songs of fate.