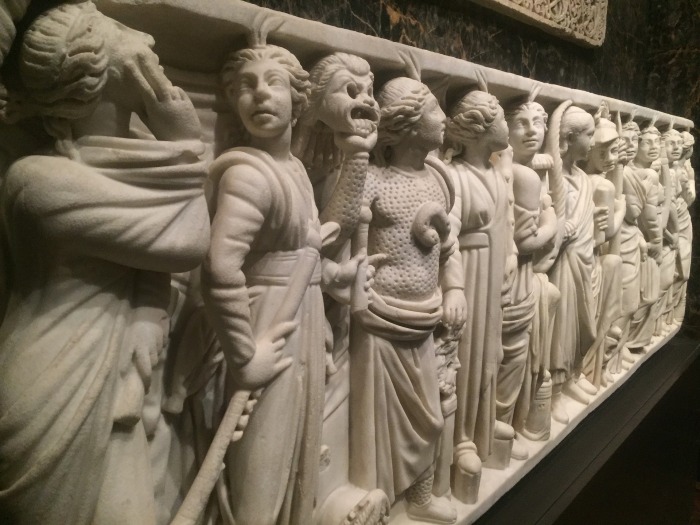 Recently I was reading a book by a sensible-sounding Christian author about the dangers of fiddling with the supernatural, and was lulled along, in a sense of “that makes sense” until I hit her condemnation of D & D and how it prepares people for deals with the devil.

To be fair, this might have been like when I was following along with the geologist describing Pangaea, and suddenly hit his conviction that dinosaurs are circling the Earth in a world-spaceship.  Because moments later this lady was going on about backward Satanic messages in Rock and Roll and moments later of fantasy books that talk of magic in general, both of which seem to be to put it mildly exaggerated dangers.

After all, it might be a danger to believe the devil doesn’t exist, but an equal danger is to attribute every little thing that annoys us to him, when it’s adequately explained by human folly, frailty and perverseness or when, like fantasy books in general (in particular some are pernicious, as are all kinds of books), there is nothing to explain beyond “people like to dream about harmless stuff that doesn’t hurt them.” Though I suppose it might be baffling to people who don’t like to indulge their imagination or who, like this lady, might be prone to more danger from their imagination than others.

But yesterday night, possibly because of Fever, The Return, I found myself thinking of D & D in particular. I’ve played it a total of one time, and what I noticed about it is that it “pulls” from the same place as writing.  Which is why I haven’t indulged since, because I save my work for paying work (in theory. Soon, I promise, there will be finished stuff. I hate my body.)

I should explain this lady, in the rest of her book, details some harrowing possibly dangerous supernatural experiences, before her conversion and invoking of protection of religious prayers and symbols.

This is something I can’t really explain to anyone who hasn’t/can’t experience it, but trust me, some of us can have this stuff happen to us; there is a frame of mind that invites it; and this woman seemed unusually prone to it, and also unable to tell good from bad at a fundamental level and I don’t mean just at the level all of us can be fooled, but having had no instruction at all on what can go wrong when messing with such things.  Maybe that’s fairly normal for the US? Maybe I’m lucky to have grown up in a place where old traditions and old dangers are remembered?

So perhaps she sees exaggerated dangers, because she is unusually prone to falling into trouble? Kind of like I’m terrified of driving in a six lane highway because I know my reflexes are slow? (It’s the other mugs I’m afraid of.)

Because of my job, I do a lot of reading on paranormal research/legends.  I’d recommend Hungry Ghosts and Signals in the Storm on the subject.

Most — like 98% — of paranormal phenomena and research are prone to the trickster effect.  Not just because the people involved are often tricksters (and worse, lie to themselves) but because there seem to be, for lack of a better term “trickster spirits” out there that will mess with anyone who undertakes research or experimentation in the area.  Or if you prefer, because our subconscious tricks us and plays bad jokes on us, when we put ourselves in a susceptible mood.

That said, I suspect this writer’s (and other’s) issues with D & D because D & D brought into the “susceptible mood” (or mode) people who are not writers, and therefore not used with the fact that your imagination/subconscious/whatever kicks up fully formed eideations that seem compellingly real.

There are two types of writers. Those who work in the limnear dark, the “muse led” or gateway writers (as Kate Paulk puts it) and those to whom writing is a process purely of the rational mind.

There are dangers to each side of it.  The purely rational people are often beguiled by how rational they are and how they must instruct all the rubes out there, resulting in just-so stories, stories that virtue signal, and stories that would put an insomniac to sleep.

I’m not going to say these are the sum total of such rational writers.  I know such writers who are very good and produce really good work.  And I’m not going to say the sum total of snoozers are produced by such writers, because there are muse-led writers whose muses are deeply perverse or perhaps filled with a sense of their moral superiority, who knows? (Maybe those really are Satanic? 😉 )

On the side of the muse-led writers, there are perhaps more dangers.  One of them is of course that you never actually finish anything, because the dang things really are tricksters and pull you from story to story, never finishing.  (In which case, you need to learn to train them, and exert discipline.)  Another is that you fall victim of the trickster effect and your work is at best incoherent and at worse evil. (I.e. it espouses or promotes objectively evil principles and ideas that even you, in the cool light of day, feel revolted by.)  The answer to the first is to know enough of story telling technique (I can’t recommend Dwight Swain enough) to fix it in post.  The answer to the second is of course to know good from evil and stop before you embark down that road, no matter how seductive (and it is always seductive.)

There is also the problem that your work schedule can get waylaid by a sudden, overpowering idea and that this thing is not totally under your control. I’ve been dealing with that as best I can for over thirty years. It hasn’t killed me. It’s also not wonderful for the career.

I know writers who’ve gone down that path, and it never ends well. Often it changes the person into… something else.*

It’s rather like the effect on people who go full hearted and unprotected to play with the supernatural. It leads the same way.

The problem, I’d say, like Terry Pratchett, is forgetting which voice is your own. Trusting the wisdom of what comes to you fully formed better than your own mind/beliefs.  If you believe in the supernatural, then the problem is trusting invisible things/ethereal beings more than flesh and blood ones, because they’re invisible or ethereal.

In that sense, I could see how D & D could be a problem. If you fell so enthralled with your own creation that you started trusting it.

Some of us of course have to work there, in that half-light of the shores of imagination. But perhaps we should never leave behind our mental faculties aided by our sense? Perhaps they’re only safe when we go into them, remembering who we are and why we’re there?

And perhaps in the end that is better than proscribing all activities that stimulate the imagination? And eventually storytelling itself?

There must be a space between fear of the dark and irresistible attraction to it.  And the same with the imagination.

Else, in either case, we make ourselves less than human.

*And perhaps when Shakespeare called Marlowe “The Muses Darling” he meant more than we assume.

376 thoughts on “The Muses’s Darling”