FROM MARGARET BALL:  A Pocketful of Stars. 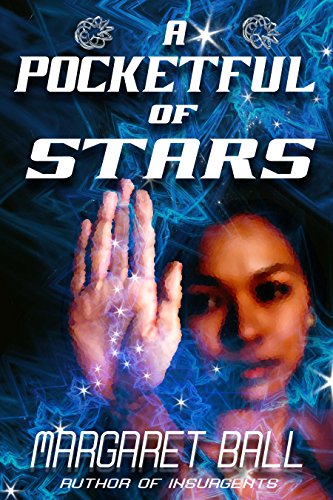 Thalia Kostis will be the first to tell you it’s not magic, it’s theoretical math when she walks a Möbius strip through walls to her office at the Institute for Applied Topology. CIA Case Officer Bradislav Lensky doesn’t care what it is, as long as she can help track down a smuggling ring and the terrorists in their safe house in Austin. The other magicians nearby don’t agree, and don’t care for new rivals either!

Now Thalia and the rest of her misfit crew are in a race against time, terrorists, common sense, grackles, and their graduate advisor to save the day!

FROM BRUCE BRETTHAUER:  Setosha: The Beating Heart of Empire.

The Colandran Empire struck back with brutal efficiency, occupying one of the three Families planets, and sending death squads after Families commanders, including Corey Andersen. Ambushed and injured, Corey fights back, trying to protect herself, her sib-sisters, and her new neices. But a greater challenge awaits her, the Imperial Main Fleet is nearby, poised to put an end to the Families in a final decisive battle. The Eldest of the Families Navy turns to her to lead the fleet, outnumbered and outgunned, to liberate Setosha and drive the Imperial Fleet away.

Your writing prompt this week is: wrench

67 thoughts on “Book Promo by Sarah and Vignettes by Luke, Mary Catelli and ‘Nother Mike”